This Tile Used to be Your TV: Introducing CRT | Fireclay Tile
Quick Ship Products ship in 5 days or less! >
Get five free samples >

This Tile Used to be Your TV: Introducing CRT

Please Note: CRT Temporarily Unavailable
Due to material shortages, CRT tile will be unavailable until further notice. We're working hard to restock our supply and will let you know as soon as it's back in action. In the meantime, we've got plenty more 100% recycled Glass tiles to choose from!

We are excited to officially launch the newest member of our Glass family, CRT!  Our CRT Tile is handmade from 100% post consumer e-waste.  New to CRT?  Here is a little background on this innovative new product.

CRT, also known as Cathode Ray Tubeglass, was used to make the glass screens in old televisions and computer monitors, but after the introduction of LCD displays demand for CRT rapidly declined.  Because there is no good way to recycle CRT, there are over 860 million pounds of it in the US alone.  Rather than finding a way to recycle the material, CRT is typically shipped overseas where it is simply land filled.  CRT disposal is becoming more of an issue everyday, comprising 60% of all e-waste in the US and rapidly increasing. CRT glass as it arrives at our Factory from ECS Refining

First came ECS Refining, a Bay Area e-waste recycler who developed a process to separate the glass panels from old CRT monitors enabling, the e-waste to be recycled.  Then Paul, being a true scavenger at heart, thought of a way to turn that waste into tile!  After the CRT Glass is sent to us from ECS, we begin a multi-step crushing process that ultimately produces glass particles small enough to melt when exposed to heat.  After developing the technique we needed funding for special production molds to be able to manufacture CRT so we introduced the idea of CRT Tile to the world through a Kickstarter campaign!  A month later we raised over $16,000, and 160% over our goal! 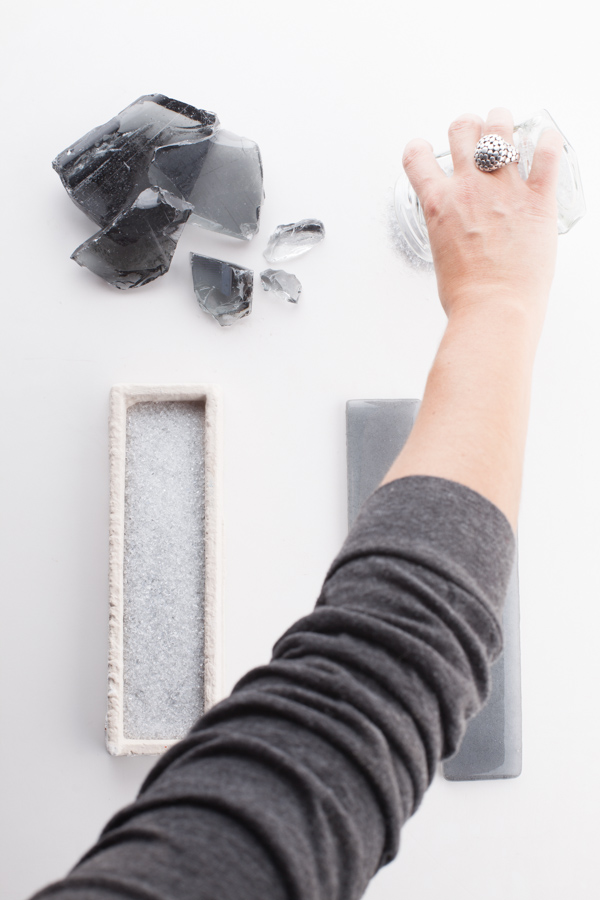 How our CRT Glass Tile is made

We are now selling our CRT Glass Tile online in its natural cool gray hue, which we appropriately named Phosphor.  Phosphor is available in both gloss and matte finishes and comes in 3 sizes, 2x4, 2x8 and rounds.  Our CRT Glass Tile will have a noticeable level of variation in color due to the different batches of recycled material we receive. 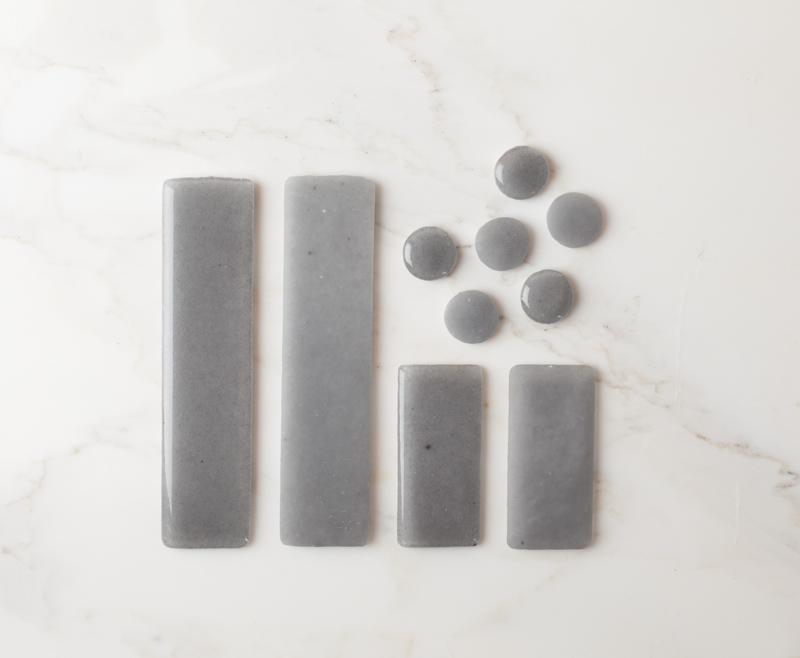 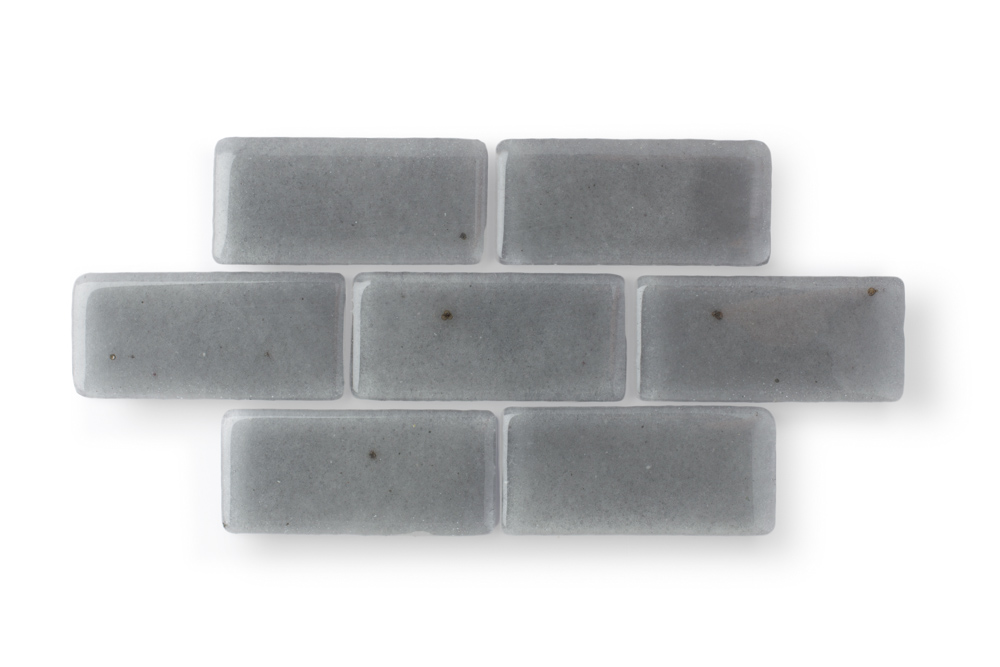 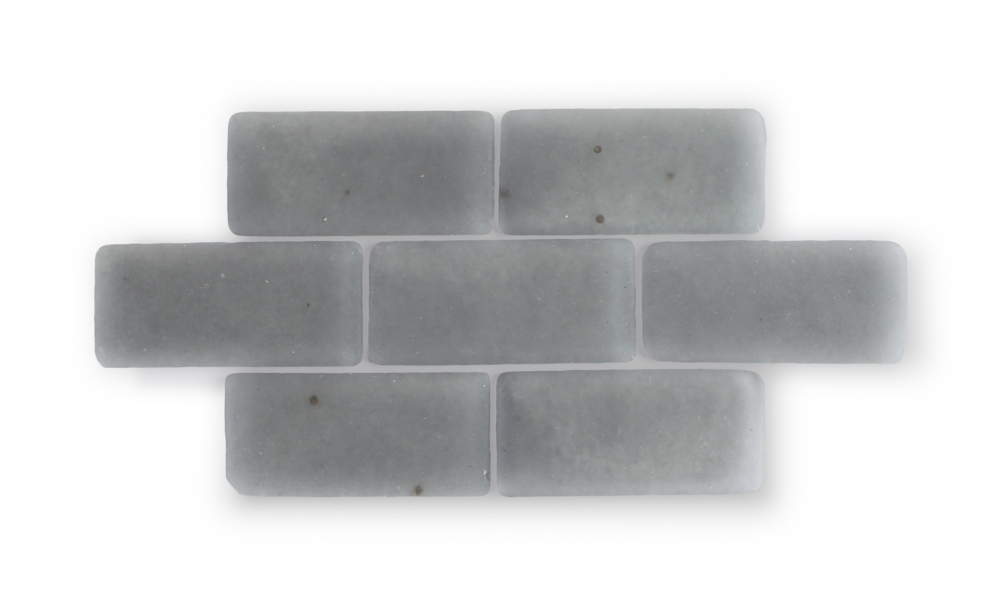 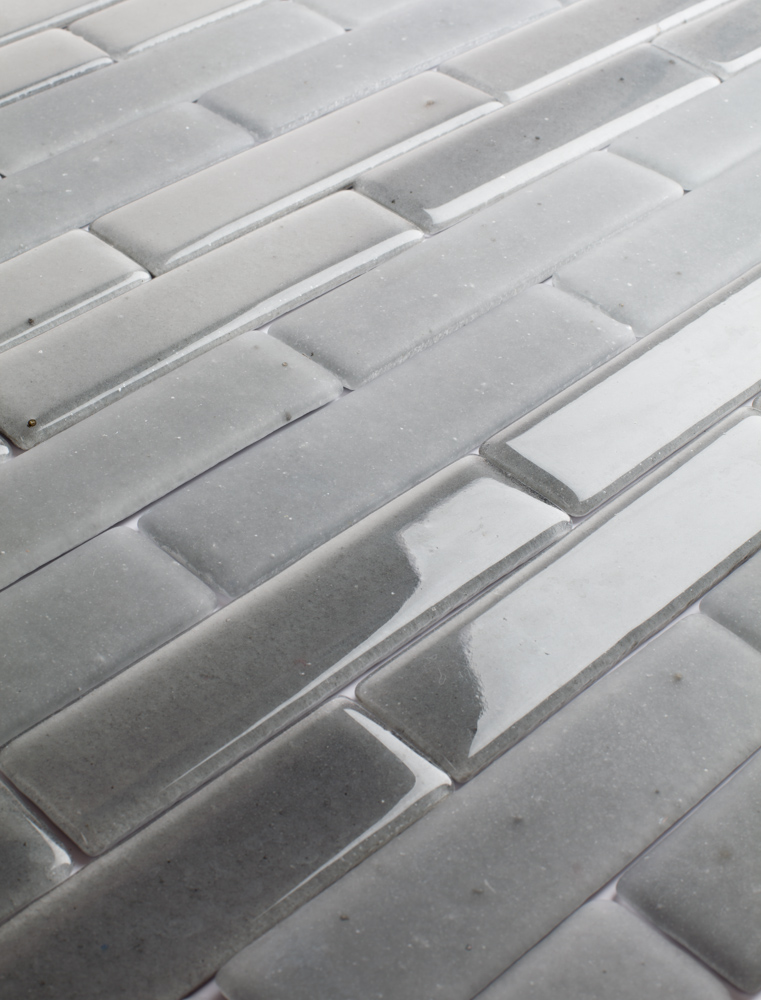 Interested in CRT?  Order a free sample, fill out a Design Assistance Form, or chat us!